At the start on twenty-nineteen, I set myself a small challenge which was that I wanted to experience as many games as possible and try games outside of my normal “go-to games”. I think I have definetly achieved this to a point and also utilising Boomerang Games has helped me discover more games. I’m hoping to continue this challenge again throughout this year too.

However, here are some of my favourite games from the past twelve months!

While I have always enjoyed the Fire Emblem games, I was a little bit unsure whether or not to pick up the latest instalment of the series. Luckily, I actually got hooked on the story and the game overall very quickly compared to a couple of the previous games. I loved that there are numerous different approaches when it comes to turn-based battles. While there were many times I would fail them, I always found myself reflecting on what I had done and how I could change that and win the battle.

The Legend Of Zelda: Link’s Awakening

The story, the art style and the gameplay made this an incredible experience for me. I had always heard positive things about the original and while I can’t compare my experiences between this and the original I thoroughly enjoyed my playthrough. I’m hoping to go back through and play this version of the game again as well as tracking down a copy of the original to play as well.

This game honestly took the world by storm and I loved every second of this game. When I first saw Untitled Goose Game revealed I somewhat overlooked it. I then kept seeing more mentioned about the development of the game and I started to take more of an interest in it. Who knew that a game about a Goose causing chaos would be such fun! I can’t wait to see what else this Goose gets up to this year! 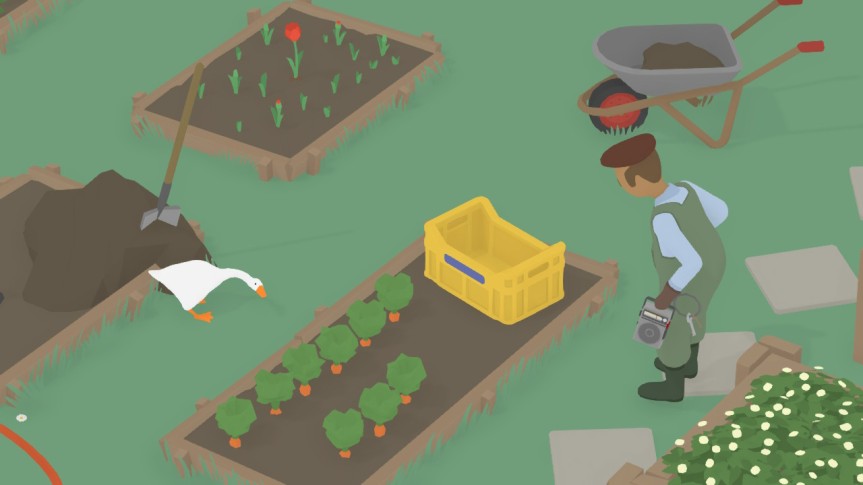 This latest addition to the world of Pokemon really reignited my love for the franchise. A few of the previous releases I found myself losing interest in the game quickly and never completing it. This was different. I know there are many features the community wanted to see included or changed but the game as a whole I’ve really been enjoying. The more open-world feel with the Wild Area, the way Gym battles are portrayed, Trainer customization and so much more has made this addition to the franchise one I want to actually pick up and play. I’m looking forward to seeing where the game goes next.

I am incredibly late to the Kingdom Hearts party and prior to Kingdom Hearts III being released, I had only lightly explored the franchise. This game actually released at a time where I was going through some difficult times personally and was a really good way to focus on something and work through. I spent a lot of time just exploring and getting lost multiple times but I loved the story and the gameplay. I’ve actually picked up the earlier games as well and plan on playing them through in order at some point.

These are just a few of my favourite games that were released during twenty-nineteen. I definetly had a very Nintendo Switch orientated year and it’s only been in the last few months I’ve hopped back over to Xbox One and PlayStation 4. Before I round off this post I want to mention a few other releases from last year that I’ve loved as well. These are Call of Duty Modern Warfare, Gears 5, Super Mario Maker 2, Yoshi’s Crafted World, The Sims 4 Realm of Magic and Chocobos Mystery Dungeon EVERY BUDDY!

What are some of your favourite games from twenty-nineteen?

One thought on “My Favourite Games of Twenty-Nineteen”