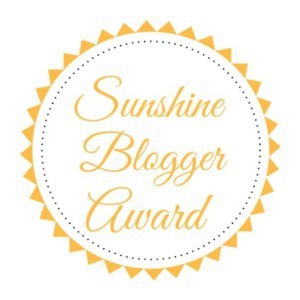 Not too long ago, Kelly from Why We Play Games tagged me in her Sunshine Blogger Award post. While it came as a surprise to me to have been included alongside many other amazing bloggers I am truly thankful for being nominated.

* What is your favourite video game series?

This is really hard for me to answer as it changes so often. Currently, I would have to say Pokemon. I’ve recently finished off playing Pokemon Let’s Go Pikachu on Nintendo Switch and it gave me a real feel of nostalgia so I dug out a couple of my old Pokemon games and have been playing them on and off lately. What video game or video game series have you always wanted to try?

* What was your favourite childhood video game?

* What is your favourite part about playing video games?

Sometimes it is escaping reality and getting lost in the world of a particular game. Other times it can be playing with friends and having fun regardless of what happens during the game itself.

* What is your favourite video game console?

Ohh this is a tough question! I would have to say the Game Boy Advance. It was my first console that I could really call my own and has numerous games that I lost many, many hours too.

* Do you prefer single-player or multiplayer games?

* What is one of your favourite video game sidequests?

There are just so many to choose from that I really don’t know if I could just pick one.

* What is your favourite video game boss?

This might be an unpopular opinion but I really enjoyed the end boss in Borderlands 2. It took what felt like forever to get to that point in the game (mainly because I would get lost or sidetracked a lot of the time) but it was a well-deserved win when I finally beat the boss.

* What was the hardest video game boss you have fought?

One of the hardest video game bosses I’ve had to fight lately was in Final Fantasy XV Royal Edition towards the very end of the game. This was really because I was really under levelled but eventually, I defeated all of the end game bosses!

* What is your favourite video game character?

Noctis from Final Fantasy XV and Nina from Xenoblade Chronicles 2.

* What video game animal would you like to have as a pet?

I would have to say either a Moogle or a Pokemon. There’s so many to choose from that I honestly don’t know which Pokemon I would specifically choose.

Most of the people who I would like to nominate for The Sunshine Blogger Award have previously/recently been tagged and while I would love to tag many of these amazing bloggers they have more than likely already responded. Which is not a problem at all. What I would like to do is something a little different (and break the rules a tiny bit) is to nominate anyone who feels inspired by the questions below.

Below I have come up with five questions that can be answered in as many or as few words as you would like. I look forward to reading your responses.

This is a different kind of post for me but I really appreciate being nominated for the award. Thank you again to Kelly for nominating me for the award.